The Abarth 1500 Biposto was an experimental coupe designed by Franco Scaglione, who worked for Bertone at the time. It was displayed at the 1952 Turin Motor Show. Following the Turin Show, it was purchased by Packard and brought to Detroit, where it was used for design inspiration.

The Biposto was given to motoring journalist Dick Smith in mid-1953 as his prize for suggesting a new Packard advertising slogan. Smith sparingly drove the car for two decades, before putting it into storage. It did not reappear until put up for auction in 2003.

It features a futuristic design consisting of a central headlight, similar to the earlier Tucker Torpedo, and fins in the rear. The design is believed to have paved the way for the Alfa Romeo BAT series of concept cars.

It won the prestigious Gran Turismo Trophy at the 2010 Pebble Beach Concours d'Elegance and is featured in Gran Turismo 6. 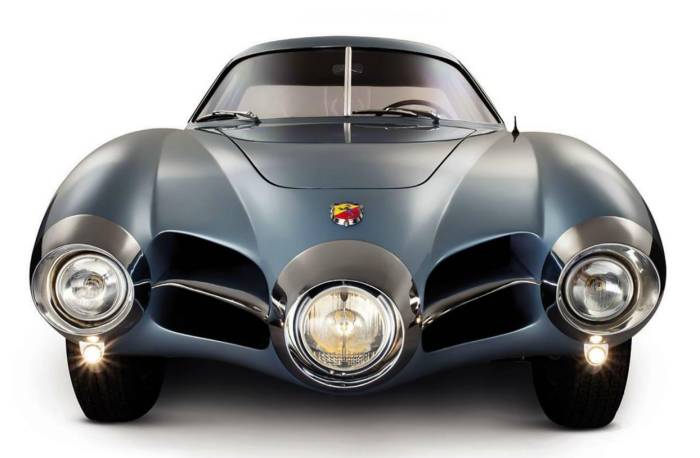