SS Cars Ltd was a British car maker. It grew out of the Swallow Sidecar Company and was first registered under the new name in 1934. Some conjecture to the origins of the SS name exist, It was John Black who when asked the meaning of SS said it has always stood for Standard Swallow. William Lyons when asked, bearing in mind he was in the company of the suppliers of chassis for his run of the mill production cars was noncommittal, until, after the exclusive use of Standard Chassis began at which point he concurred. In 1945 the company changed its name to Jaguar Cars Ltd, because of the connotations of the use of the SS name by Nazi Germany.

The Swallow Sidecar Company had moved from its roots making stylish sidecars to become first a coachbuilder adding new bodies to other makers chassis and running gear and in 1932 launched a car of its own, the SSI. It had also moved in 1928 from Blackpool to Coventry, in the heart of the British motor

Under the guidance of the chairman, William Lyons, the company survived the depression years by making a series of beautifully styled cars offering exceptional value for money although some enthusiasts criticised them at the time for being "more show than go". The engines and chassis were supplied by the Standard Motor Company with a large design input to the latter from SS with the bodywork being added in the Coventry works. In 1929 John Black (standard motor company) and William Lyons realised a long standing dream and produced a one of a kind sports car, This "First" SS ( standard Swallow ) was a sleek Boat Tail Roadster, Its flowing design and streamlining, points to an obvious attempt at making a fast car, possibly with the intention of venturing into racing. This car is believed to have been shipped to Australia in the late 1940s. 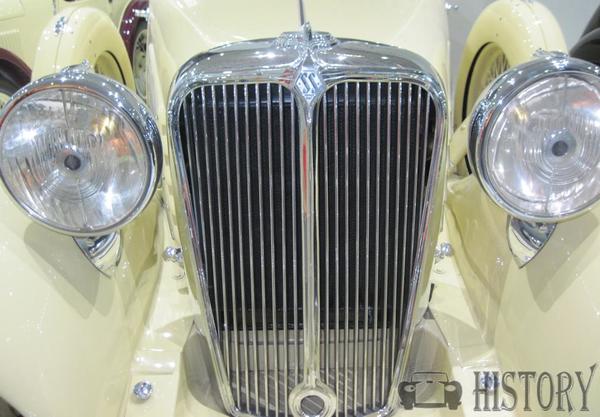 The first of the SS range of cars available to the public was the 1932 SSI with 2- or 2 1⁄2-litre side-valve, six-cylinder engine and the SSII with a four-cylinder 1-litre side-valve engine. Initially available as coupé or tourer a saloon was added in 1934, when the chassis was modified to be 2 inches (50 mm) wider.

To counteract the "more show than go" criticism Lyons engaged William Heynes and Harry Weslake. Weslake was asked to redesign the 2 1⁄2-litre 70 bhp side-valve engine to achieve 90 bhp. His answer was an overhead-valve design that produced 102 bhp and it was this engine that launched the new SS Jaguar sports and saloon cars in 1936.

The SS Jaguar 2 1⁄2-litre saloon with its 102 bhp six-cylinder Weslake-designed engine caused a sensation when it was launched to the press and dealers at the Mayfair Hotel, London.

The audience were asked to write down the UK price for which they thought the car would be sold: the average of their answers was £765. Even in that deflationary period, the actual price at just £395would have been a pleasant surprise for many customers. Also available was a similar looking but scaled-down version using a 1 1⁄2-litre four-cylinder side-valve engine.

In 1938 production moved from coachbuilt (wood framed) to all steel construction. A 3 1⁄2-litre was also added to the range at this point. The 2 1⁄2- and 3 1⁄2-litre cars shared the same chassis and body design although it was necessary to use a wider radiator for the 3 1⁄2-litre. The new 1 1⁄2-litre for 1938 used the same body shell as the six-cylinder cars but on a shorter chassis. The engine was also increased to 1776 cc and had overhead valves.

Car production stopped in 1940. After the war SS Cars Ltd dropped their SS identity and adopted the Jaguar model name as the company name and when production restarted the saloons were simply named Jaguar 1 1⁄2-, 2 1⁄2- or 3 1⁄2-litre. The model that followed these cars was called the Jaguar Mark V and so the immediate post war trio have become known unofficially as the Mark IV Jaguars. The sidecar making business along with the Swallow trademark was sold, the new company making the Swallow Doretti sports car. 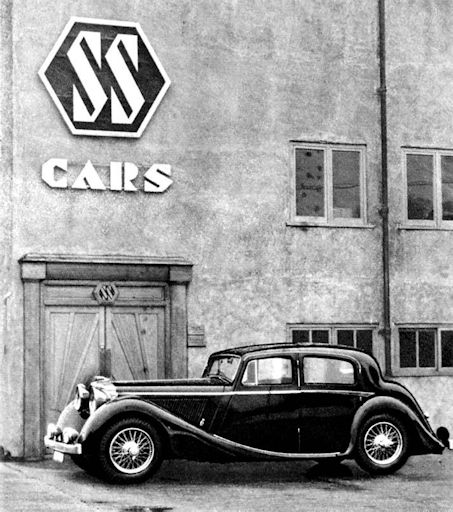