And the Audi 100 Coupé S, a stylish fastback coupé, which bore a remarkable resemblance to the Aston Martin DBS released a year earlier, especially at the rear end, including details such as the louvres behind the rear side windows and shape of the rear light clusters.

The Audi 100 enjoyed a level of commercial success for which the company had not planned. As a distinguished German commentator pointed out, the rough engine note was unlikely to discourage buyers whose first car had been a Volkswagen and who aspired to drive a diesel powered (pre-turbo) Mercedes-Benz. Despite running the Ingolstadt production line at full capacity, supply fell short of demand to such an extent that during the summer of 1970 an additional production line for Audi 100s was set up in Volkswagen's own Wolfsburg plant, which made it the first water-cooled car to be produced in Germany's (and by some criteria the world's) largest car plant. 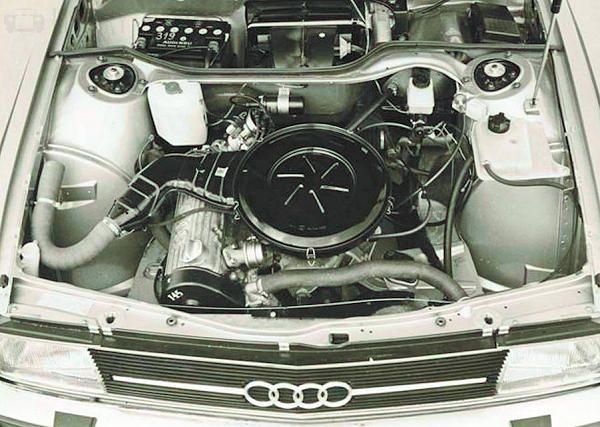 Starting with model year 1972 the 80 and 90 PS versions were replaced by a new regular-petrol-variant of the 1.8 litre engine developing 85 PS (84 hp/63 kW); at the same time, the 100 GL was introduced that featured the 1.9 liter engine formerly used in the Coupé S only.

In March 1971 the 500,000th Audi was produced. By now the Audi 100 had become the most commercially successful model in the company's history, so it is unsurprising that the car in question was an Audi 100 produced at the Ingolstadt plant.

In September 1973 the 100 received a minor facelift with a somewhat smaller grille and reshuffled taillight lens patterns. The rear torsion bar was replaced by coil springs. For model year 1975 the base 100 was re-christened the 100 L and received a 1.6 litre four-cylinder engine (coming out of the Audi 80).

A four-wheel drive prototype of the Audi 100 C1 was built in 1976, long before the appearance of the quattro. 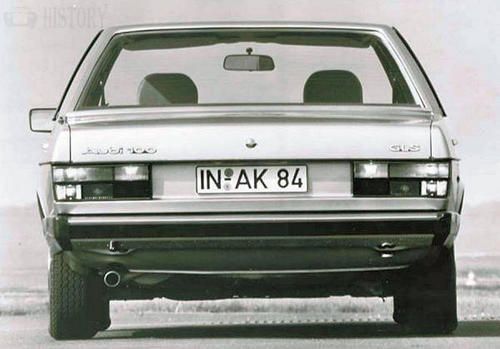