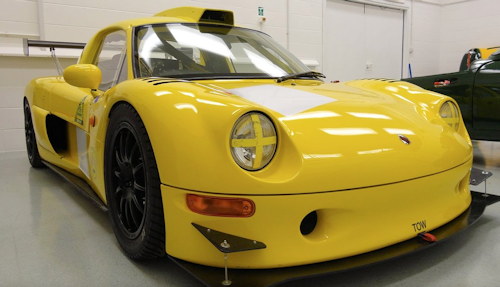 Tommy Kaira was a Japanese rally team and car tuner based in Toyota with cars also built in the UK.

The name Tommy Kaira first appeared in 1987. The small company founded by Yoshikazu Tomita (冨 田 義 一) and Kikuo Kaira (解 良 喜 久 雄) specialized from 1987 to 1996, initially to upgrade models of other companies visually and in the engine sector. In 1996, Tommy Kaira presented there first automobile. Both Tommy Kaira models are their own developments. The production of these vehicles started on June 3, 1996 at Tomita Auto UK in Hingham, Norfolk in the UK. This company went into liquidation in the spring of 1999.

The car named Tommy Kaira ZZ a small self-designed sports convertible. The style of the small car is very reminiscent of a mixture of older Porsche models and the Lotus Elise. The only 690 kg vehicle was powered by a four-cylinder engine with 195 hp from 2.0 l displacement.

The ZZ was replaced by the ZZ II. With this the achievement was increased to 550 HP with a weight of only 1000 kg. This performance was provided by a six-cylinder Rb26dett from Nissan with biturbo technology. For the acceleration of 0-100 km / h, in only 3.3 seconds at a torque of 545 Newton meters.

By 1999 is stated as the end of the brand Tommy Kaira. Autobacs Sports Car Laboratory is the successor.