The Audi 920 was a car introduced in 1938 by Audi to replace the Audi Front UW 225. Its engine was a shortened version of the eight-cylinder in-line engine used by sister company Horch. The car was planned to occupy a niche in the Auto Union range between the large Horch products and the middle market cars produced by Wanderer. Audi had no stand-alone production facilities at that time and the car was produced, like its predecessor, at the Horch plant.

The 920 featured a front-mounted six-cylinder in-line engine with a displacement of 3,281 cc. A maximum output of 75 PS (55 kW; 74 hp) at 3,000 rpm was claimed along with a maximum speed of 130 km/h (81 mph). A floor-mounted lever controlled the four-speed gearbox: this delivered power to the rear wheels, which represented a technological retreat from the innovative front-wheel drive configuration of the 920’s predecessor. The box-section chassis featured semi-independent suspension at the front and a swing-axle arrangement at the rear. 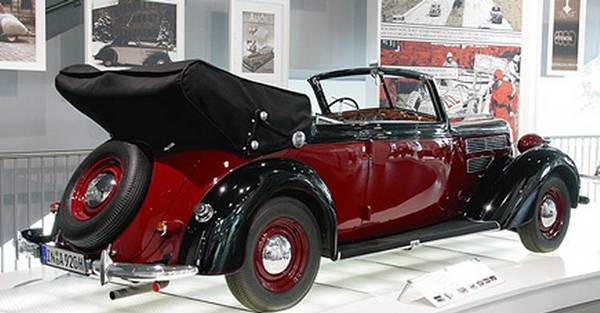