The Renault 21 is a large family car produced by French automaker Renault between 1986 and 1994. It was also sold in North America initially through American Motors dealers as the Renault Medallion and later through Jeep-Eagle dealers the Eagle Medallion. A total of 2,096,000 units were produced.

The Renault 21 sedan was launched in early 1986 as the successor to the successful Renault 18, and this was followed a few months later by the seven-seater station wagon, the R21 Nevada, marketed as the Savanna in the United Kingdom. 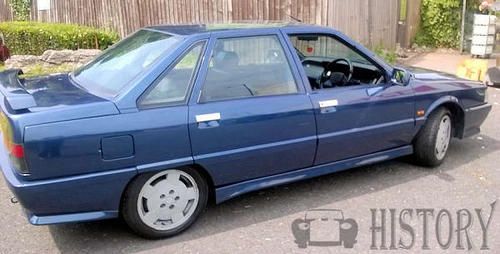 Unusually, the Renault 21 was offered with disparate engine configurations. The 1.7-litre version featured an 'east-west' (transversely) mounted engine, but Renault had no gearbox suitable for a more powerful transverse engine: accordingly, faster versions featured longitudinally mounted (north south) engines. The two versions featured (barely perceptibly) different wheel bases: the engines were all relatively compact four-cylinder units and the engine bay was large enough to accept either configuration without reducing passenger space. However, at a time when production technologies were relatively inflexible, the need to assemble differently configured engine bays on a single production line, along with the supplementary inventory requirements imposed both on Renault and on the dealership network, did compromise the Renault 21's profitability. 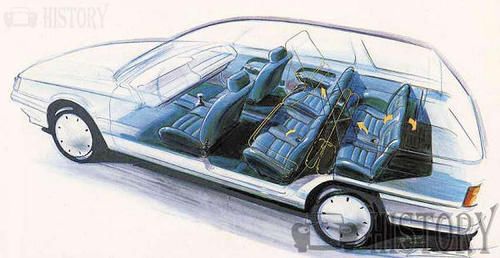 In 1986, the R21 was launched. It had a razor-like design, which was different from contemporary cars of the era, e.g. the Ford Sierra (with its "jelly mould" design) and the Opel Ascona (with its J-Car design).

The 1988 model year marked the release of the flagship model of the range: the 21 2- liter Turbo with 175  hp (“  Douvrin engine  ” turbo gasoline). It was recognizable by its double-optics and was fitted with ABS as standard . Its handling and performance ( 227  km / h and 28.5 seconds in the 1000  m standing start) were almost equivalent to the sports Mercedes 190 2.3-16 and BMW M3E30. But, a rather flashy exterior and inexpensive interior presentation soon confined the model to a marginal export role. From 1992 , the French gendarmerie used this model as a rapid interception vehicle on Highway . 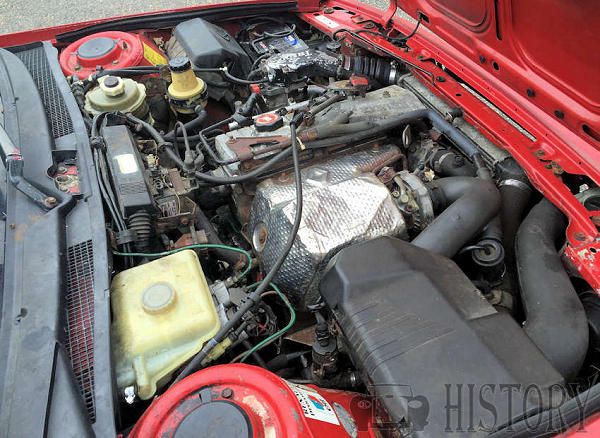 The range is completed by the Nevada GTX 4x4 and GTD 4x4, launched in February 1988, and fitted with a transmission shaft that can be coupled to the rear axle (suspended) with differential lock.

Sales of the Renault 21 were negatively impacted by the release in mid-1987 of two competing models: the Audi 80 and above all the Peugeot 405 . Renault responded in June 1989 with a restyling (revised front and rear faces, new dashboard, improved fabrics and interior coverings) and above all with the launch of the 21 hatchback in September

The car was revamped considerably in 1989, both technically and aesthetically - the new sleeker outward appearance was similar to the also recently revamped Renault 25, and a liftback body style was also added to the range (which soon became more popular than the sedan in France) along with a sporty 2.0 L Turbo version. The TXi 2.0l 12v and 2.0l turbo was also available with the four-wheel-drive Quadra transmission, and was capable of 227 km/h (141 mph).

A Renault 21 TSE donated as a personal gift to Václav Havel by the president of Portugal Mário Soares just before the Velvet Revolution served for a while as the official state car of the president of Czechoslovakia in 1989.

The R21 was also sold in the United States and Canada for a brief period as the Renault Medallion and later the Eagle Medallion with the 2.2 L engine as the only powerplant. However, the car was only on sale for a few months in 1987 before Renault sold its investment in American Motors Corporation (AMC) to Chrysler. AMC dealers were now under the newly formed Jeep-Eagle Division of Chrysler, and now as Jeep-Eagle dealers, they continued to sell the car as the Eagle Medallion until 1989. 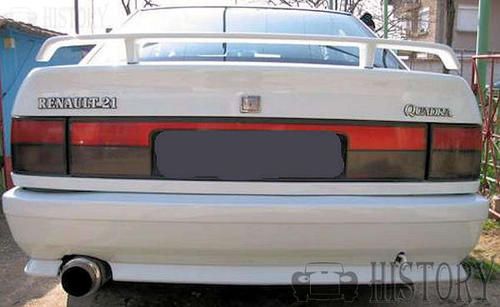